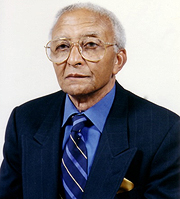 I, Neely Fuller, Jr., the writer/author of these books, like millions of others, have been a long-time Victim of and Servant to Racism (White Supremacy) in all areas of activity. My experiences, observations, and/or studies have led me to believe the following:

Each and every Victim of Racism should minimize the time and effort spent doing anything other than thinking, speaking, and acting in a manner that helps to eliminate Racism and helps to establish justice.

Each and every person should seek to do this every day, in every area of activity, including Economics, Education, Entertainment, Labor, Law, Politics, Religion, Sex, and War/Counter-War.